Peter Melewski has lived in the town for 32 years and has been married to his wife Carol for 33 years. Together they have raised their two children, Jenna and Melanie, in New Baltimore.  Peter is a licensed professional New York State engineer, who worked for the New York State Thruway Authority for 24 years, holding critical statewide positions such as Superintendent of Thruway Maintenance and Director of Design. He subsequently entered the private sector as an executive, founding three Capital District offices for three industry-leading consulting firms, providing his unique leadership and facilitation skills – which will serve him well as Town Justice. For example, he was the Project Manager for “Walkway over the Hudson” the conversion of an historic 1.25-mile bridge over the Hudson River to a phenomenally successful state park.  The project has received numerous national and international awards. He created his own consulting firm in the summer of 2019.  He holds a BS in Civil Engineering from Syracuse University, and an MS in Urban and Environmental Studies from Rensselaer Polytechnic Institute. He currently serves as President of the New Baltimore Conservancy (for a second time). He served as Chair of the New Baltimore Town Planning Board for three years, served on the RCS Capital Projects Review Committee, facilitated a $500,000 grant for the Coxsackie YMCA, and was Chair of the Deacons for the New Baltimore Reformed Church. Registered as a NOP (No Official Party), with no specific party affiliation, Peter will be running this November on both the Democratic ballot and the independent Hills and River line. 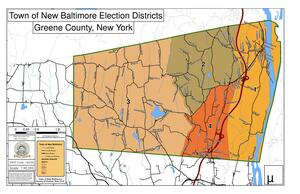